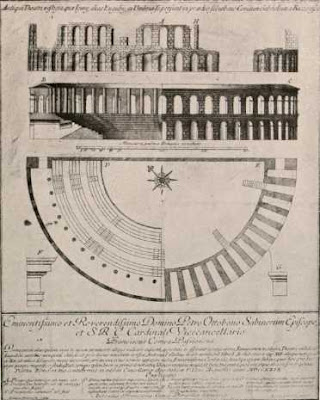 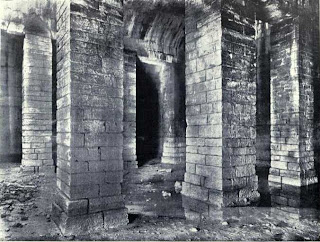 Escaping the Shadow of Pompeii

Escaping the Shadow of Pompeii
Elisabetta Povoledo
The New York Times, 15/11/20121
Herculaneum Has Become a Textbook Case of Successful Conservation

HERCULANEUM, Italy — They are poignant snapshots of sudden death: huddled clusters of skeletal remains in what were once beach-front warehouses, immortalized for eternity when Mount Vesuvius smothered this ancient Roman town in A.D. 79. "They died of thermal shock as they were waiting to be saved via the sea," Domenico Camardo, an archaeologist, said recently as he surveyed dozens of modern-day skeletal casts of long-ago denizens. They carried with them jewelry, coins, even "20 keys, because they were hoping to return home," Mr. Camardo added. "They didn't understand that it was all about to end." First excavated by archaeologists some 30 years ago, the warehouses were recently outfitted with walkways and gates to provide access to these chilling tableaus and will soon be open to the public on special occasions. Reviving history for a modern audience "is one of the beautiful things we get to do," said Mr. Camardo, the lead archaeologist with the Herculaneum Conservation Project, a joint initiative of the Packard Humanities Institute, of Los Altos, Calif.; the local artistic heritage authority; and the British School at Rome. The project, an unusual public-private venture, has effectively managed the site for more than a decade and made it possible to complete tasks like the walkways to the skeleton casts. Compared with its better-known Vesuvian neighbor, Pompeii, where local officials, constrained by inadequate and mismanaged government funds, have long struggled in their efforts to conserve and protect the sprawling open-air site — and even to prevent the periodic and well publicized collapse of walls — Herculaneum has become a textbook case of successful archaeological conservation. For many years archaeologists and conservators have undertaken what they describe as "invisible work" here, like installing cost-effective protective roofing or reactivating the Roman sewers under the ancient city so that buildings can once again drain rainwater. Rather than focusing on a set of frescoes, say, or an individual house, "we've been reasoning on broader terms," Mr. Camardo said. "This takes more time, and is far less splashy because you're looking at sewers and drainpipes, but in the end it's more effective." In addition to time the work also took the deep pockets of the American philanthropist David W. Packard, son of one of the founders of Hewlett-Packard, who has topped up state resources by discreetly funneling more than 20 million into the project over the past 12 years, creating a team of specialists, nearly all Italian, to reinforce the local heritage staff. Though he eschews publicity and declined to be interviewed for this article, Dr. Packard has been "very personally involved" and is constantly apprised of developments, visiting the site regularly, said Jane Thompson, the project manager of the Herculaneum Conservation Project. "It's not just a question of sponsorship." He sits on the board that oversees the project and last year became an honorary citizen of the modern city of Herculaneum. He is currently involved in discussions about the construction of a new museum here that would house artifacts from the site and double as a conservation center. "The Packard people have really engaged the local community and authorities into feeling that this is their project," said Daniel Berger, a Culture Ministry consultant who has acted as a liaison in the Packard project. "It's made the monument become a source of pride, and income." Maria Paola Guidobaldi, the Culture Ministry official who is director of the site, went as far as to say that the support of the Packard Humanities Institute "allowed us to save the site." The Italian government allocates some 4 million a year to Herculaneum, she said, but the Packard funds have permitted conservators to work in a more structured and forward-looking manner. "It's been an extraordinary experience that we hope will continue because there is much more to be done," she said. A spate of crumbling walls and other mishaps at Pompeii, including an episode late this summer when a supporting beam collapsed at the so-called Villa of Mysteries, has put its preservation problems under a starkly unflattering spotlight. In 2011 the European Union allocated 135 million over four years toward the safeguarding of Pompeii, but experts concur that the problems there go beyond a lack of funds and include issues of management and bureaucratic inertia. But officials at Herculaneum say that this site was not significantly better off when the Packard team arrived in 2001. (Herculaneum was described at a European conference in Rome in February 2002 as the worst case in the world of an archaeological site in extreme decay with no civil war to justify it.) "It was a total disaster but with very complex reasons that took time to understand," said Sarah Court, a spokeswoman for the Herculaneum Conservation Project, recalling that about two-thirds of the ancient city was closed to the public, and degradation — exploding mosaics, collapsing roofs, flaking frescoes — was widespread. More integrated management practices and the opening up of the inflexible, top-down approach that is typical of Italian bureaucracy has helped to put Herculaneum on a more successful path. New forms of support have also been cultivated, and collaborations have been undertaken with other nongovernment partners, both Italian and international, in support of the public heritage authority. Unesco is working with the Vesuvian sites and studying how Herculaneum could be a model for other World Heritage Sites, particularly in Mediterranean and Arab countries. "Packard is the healthy version of philanthropy that allows us to learn lessons that can hopefully be of use beyond Herculaneum," Ms. Court said. For visitors the experience made possible by Herculaneum's painstaking conservation can be visceral. "Pompeii is spectacular; Herculaneum more real," said Judy Lawrence of England, who visited both sites this summer. "This place makes you cry”.
Pubblicato da Francesco Scanagatta a 08:03