The Villa of the Mysteries is an ancient Roman villa under well preserved conditions. It is located nearby to the ruins of the famous town Pompei and represented a so called "villa suburbana", which means that it once was a rural estate on the perimeter of the city.
The villa was built before the second century B.C. and had been progressively extended until its destruction in 79 AD. Together with the ancient city Pompei, the building had been covered by layers of hot ash due to the eruption of the volcano Vesuvius in August 24, 79 AD. The volcano thus destroyed the towns Herculaneum, Pompei, Oplontis and Stabiae within a time period of about 18 hours. But the volcanic material also protected these ancient towns, which survived almost 2000 years without weathering.
The ancient villa is famous for its well preserved wall paintings, which date back 80 to 20 B.C. and thus represent the second style of ancient Roman wall paintings.
The villa received its name from a specific room, which is documented in this film. It contains murals, which are interpretable only with difficulties. They depict sceneries of the Dionysian cult. Dionysus, the god of fertility and vine, but also the god of ecstasy and obsession, was the objective of famous misery cults at those times, which referred to the ancient Greek mythology.
Satyrs (Silene) and maenads represent typical attributes of this Dionysian cult. The end of the cycle of mythic paintings in this famous room is the person of Dionysus himself, who is drinking out of a mussel shell. Hereby one of the depicted figures nearby is holding a mask upon his divinely head. Thus the mystery of Dionysus as part of a religious cult is indicated.
Pubblicato da Francesco Scanagatta a 13:09 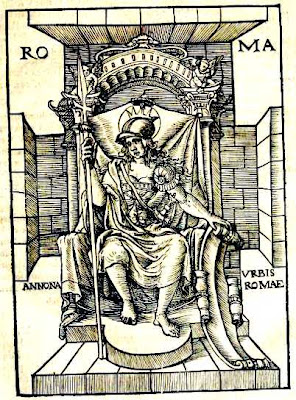 (...)
A leaked report revealing the archaeological significance of an ancient Roman gold mine in Romania is reigniting a battle between profit seekers who want to exploit the area, and historians and environmentalists trying to preserve the cultural wonder.
The British report by archaeology experts has caused the Romanian government to halt its plans to approve invasive mining at the site, according to a report in the British newspaper, the Independent.
(...)
Pubblicato da Francesco Scanagatta a 13:10